The Medici Villa of Poggio Imperiale

The Medici Villa of Poggio Imperiale

The first mention of the current Villa del Poggio Imperiale dates to 1427 when it was entered in the Florentine Land Register. At that time it was called Palazzo Baroncelli from the name of the family who had built a “casa da signore” – a nobleman’s house, on the hill of Arcetri, with “due case da lavoratore” – two workers’ houses annexed, as was the custom for elegant country mansions at the time.

During the 16th century, the architectural design of the original Baroncelli nucleus was “appalagiato” i.e., its appearance as a fortress was transformed into a palace, with a more measured and compact appearance on the Florence side and with two courtyards and a walled garden opening towards the countryside. Until 1576, it was the favourite villa of Isabella de’ Medici, the refined daughter of Cosimo I, who chose to pursue cultural activities there and embellish it with numerous works of art.

In the 17th century, the ancient Palazzo Baroncelli assumed the traits of a palace, first with Maria Maddalena of Austria (1622-1624), who had it significantly expanded and also changed its name to Villa del Poggio Imperiale, dedicating it to the future Grand Duchesses of Tuscany, then with Vittoria Della Rovere, who continued her mother- in-law’s work: expanding the Villa with a new building (1681-1683), and enriching it with precious art collections including the one she had received in dowry as the last heir of the Duchy of Urbino.

When Leopold II arrived in Florence in 1765, after a few days, he visited the Villa and chose it as his residence alongside the official one of Palazzo Pitti. To this end, he created an open-ended construction site, which lasted for sixteen years (1767-1783), and modelled the ancient Medici villa into a renewed example of a residence between the city and nature. After him, in the first half of the 19th Century, the neoclassical traits of its architecture were added by Maria Luisa of Bourbon (1806-1807), Elisa Buonaparte (1810- 1814) and Ferdinando III (1814-1823), the son of Leopold II, who concluded the architectural structure as we see it today.

The wealth of architectural and artistic interventions on the Villa with which the Florentine Court distinguished itself in both the Medici and Lorraine eras, cannot overlook the protagonists of this evolution, many of whom were women, passionate patrons who, with the support of a pool of architects and artists conceived this monumental structure which is inextricably linked to the Poggio Imperiale farmstead whose large estates, woods and reserves stretched as far as the current Porta Romana grafted onto the ridge of the Medici family (Boboli Gardens, Pitti Palace, the Uffizi, Palazzo Vecchio) linked to Florence itself. The Villa del Poggio Imperiale thus became an ideal spatial projection of the Court’s policy on image, outside the city walls, between the city and the countryside.

Since 1865, the Villa del Poggio Imperiale has been the seat of the school, Educandato Statale della SS. Annunziata, which has distinguished itself as an important State education institute both nationally and internationally.

Bookings
The Medici Villa of Poggio Imperiale, as the seat of the State College of the SS. Annunziata is not open to the public, but you can take a guided tour of the Museum Area by booking, writing to areamuseale@poggio-imperiale.gov.it, indicating the date, time and number of participants, taking into account that each group of visitors should include between five and fifteen people.
The visits are conducted by the students of the Student School, they last about an hour and a half and provide for a free contribution from visitors.

By Regional Direction Museums of Tuscany and Utopia Station 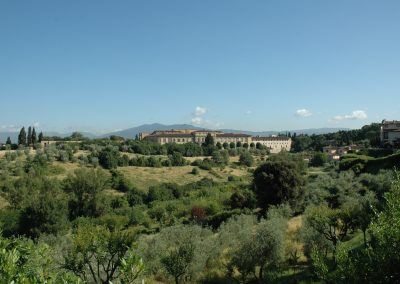 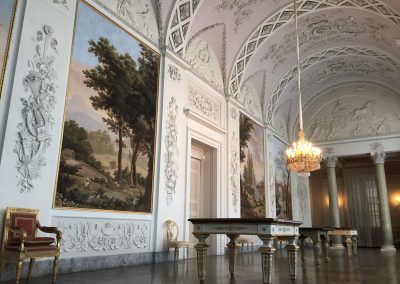 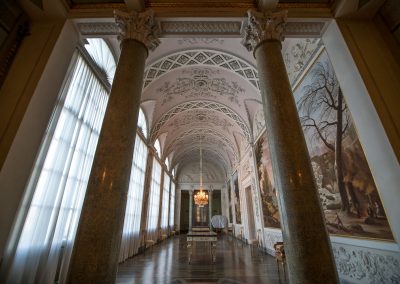 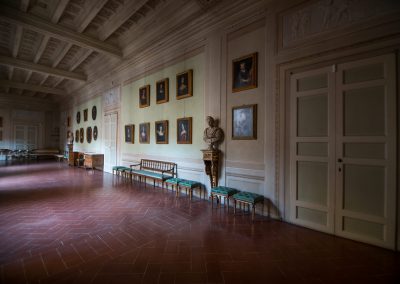 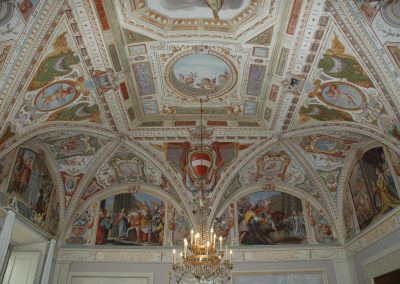 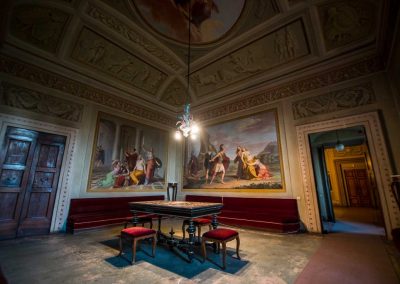 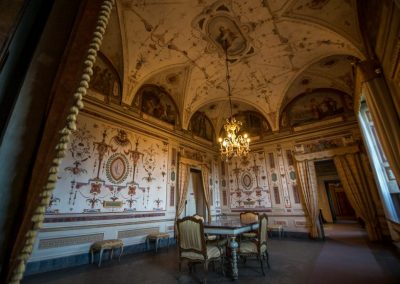