The Medici Villa of Cafaggiolo

The Medici Villa of Cafaggiolo

The architectural and landscape complex of Cafaggiolo, arranged around the monumental Villa “built as a fortress”, and formerly fortified and walled, with a self-contained architectural layout and a guard tower similar to that of the nearby Villa of Trebbio, still voices its history today and its evolution over time from a defensive garrison for the Medici family to a country house for holidaying, relaxation, and to take care of farming activities, thanks to its privileged position in Mugello at the centre of a large game reserve for hunting and a vast agricultural holding.

The original building, which evolved around a primitive castle of the Florentine Republic, was transformed between 1443 and 1451 by the will of Cosimo the Elder to a design by the architect Michelozzo di Bartolomeo, who had already worked at Trebbio, into an imposing fortified palace, its volumes strategically arranged, and fortified with towers, walls with openings for blunderbusses and crossbows, a drawbridge, and moats, ready for the defence and military control of the territory. But at the same time, following their own yearnings for a secluded life in the countryside devoted to doctum otium according to the classic model exalted by Cicero, Cosimo the Elder, as Vasari reminds us, also devoted himself to the layout of the extensive area around the dwelling, creating “farms, roads, gardens, and fountains with woods all around, ragnaie (small woods with nets to capture birds), and other things every well-equipped villa should have”. All characteristics that defined the Renaissance idea of developing the Mugello residence, which would soon become, with Lorenzo the Magnificent, a real holiday resort and also be used for diligent study, hosting Pico della Mirandola, Marsilio Ficino and, for long periods, Agnolo Poliziano, dedicated to the education of Giovanni de’ Medici, the future Pope Leo X. In the middle of the 16th century, the Grand Duke Cosimo I had a building added behind the villa, integrated Michelozzo’s defensive system, and increased the hunts that had always been practised at the complex, and that would continue with the Grand Dukes until at least the middle of the 17th century, according to the typical seasonal rhythms. Under Lorraine rule, though fewer initiatives embellished the residence, its traditional function as a strategic stopping place and post station along the road to the north was maintained and enhanced as part of an expansion of the local road network desired by the new Grand Dukes. As a consequence of the Unification of Italy, in 1865 the villa was sold by the Italian State to the Borghese princes who carried out radical restoration work geared to a period reconstruction, adding decorative medieval-style elements to interventions of a neo-Renaissance taste. After the demolition of the watchtower and the double fortified walls in the mid-18th century, the Villa’s park now blends in admirable balance with the great surrounding estate, still dotted with agricultural buildings listed in ancient property registers; representing a strong point of the complex’s monumental value, with its 19th century landscaped English garden at the rear, and the extensive lawn in front of the façade characterized by two large Lebanon cedars.

Villa under restoration. Closed to visits. 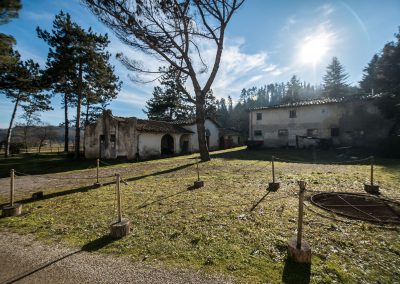 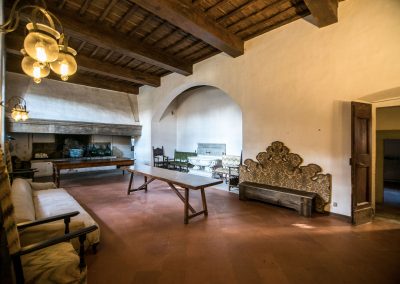 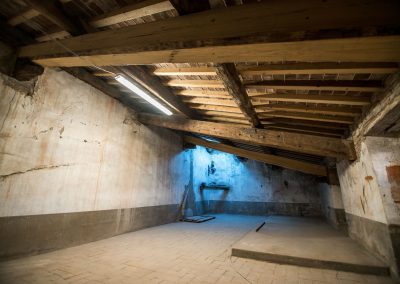 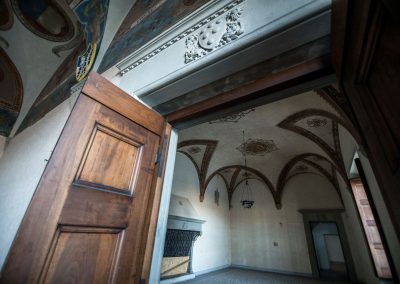 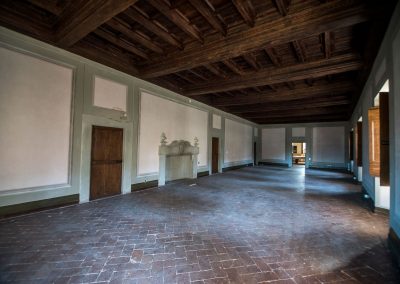 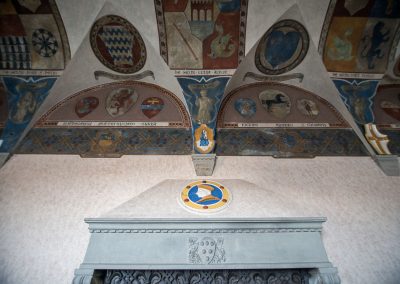 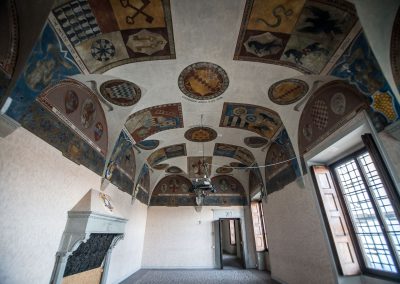 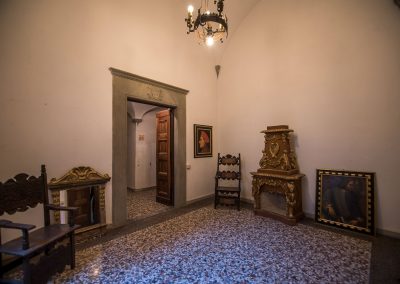 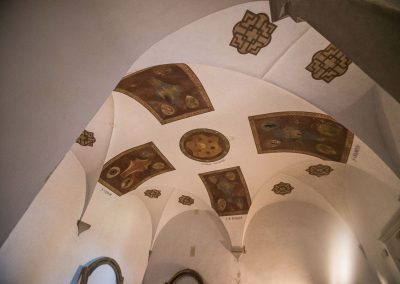 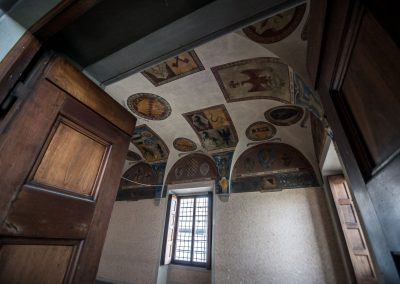 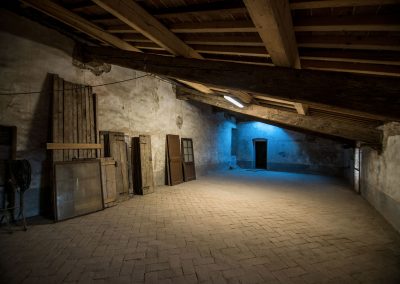 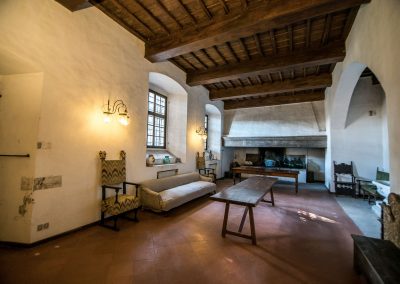