The Medici Villa of Cerreto Guidi

The Medici Villa of Cerreto Guidi

At the centre of Cerreto Guidi, in a dominant position on a hill, stands this mighty Villa, built by wish of Duke Cosimo I de’ Medici as a hunting residence (in view of its proximity to the so-called “Barco Reale” game reserve), and a strategic point of control over the surrounding territory, above all of the Padule di Fucecchio.

The construction of the villa, built using materials from a ruined castle belonging to the Guidi Counts and the second circle of impressive, perfectly symmetrical, flights of stairs in brick and Gonfolina stone. Some openings, which once led to the stables below the large square, are aligned with the plasterwork of the villa’s façade, drawing the basement that serves to support the natural terrain, as a raising of the perspective plane, in keeping with a module adopted by Buontalenti in other buildings.

The villa partially owes its fame to the tragic story of Isabella de’ Medici, who died at Cerreto during the night walls, was carried out, according to the available documents, between 1564 and 1566, when the building was cited as “again walled”. In 1566, the works were being directed by the architect Davide Fortini according to the evidence, previously Tribolo’s associate, succeeded later by Alfondo Parigi the Elder.
Bernardo Buontalenti is credited with conceiving the stepped access ramps, known as “ponti medicei”, that constitute the villa’s prominent feature. There are four between 15 and 16 July 1576. Isabella, the favourite daughter of Cosimo I and Eleonora of Toledo, in 1558, married Duke Paolo Giordano Orsini; according to an account for a long time seen as anti- Medici and fed by Romantic literature, she was strangled by hired assassins on the orders of a jealous husband. Recent studies have shed more light on Isabella’s life, dispelling the legend of atrocities and lawlessness; the cause of her death was more likely a serious form of dropsy, a fatal renal occlusion.

The Villa belonged to Don Giovanni de’ Medici, Don Pietro, and Don Lorenzo, and became more of a residence around 1671 when it passed to Cardinal Leopoldo de’ Medici. In 1780, the Hapsburg- Lorraine left the villa and after various changes in ownership, it was bestowed on the Marquises Geddes da Filicaia, who entrusted the painter Ruggero Focardi with frescoing the decorations of the ground-floor hall. Purchased in 1966 by Galliano Boldrini, who turned it into a museum and then donated it to the Italian State in 1969, on the 18th of June 1978, it was finally opened to the public.
The furnishings of the villa were restored in a reference to descriptions of the historical inventories (1667, 1705, 1728) with the intention of reproducing the sophisticated, multi- faceted taste of the Medici collections. Alongside a substantial and significant core of portraits of the Medici – coming from the galleries of Florence – one which is a full-length portrait of Cosimo in his coronation robes as Grand Duke (1570) and another a portrait of Isabella de’ Medici – there are tapestries from the Medici works integrated with a refined selection of works from the Stefano Bardini legacy (acquired by the State in 1996) comprising paintings on wood and canvas, inlaid and painted chests, cabinets, sculptures in marble and terracotta, majolica, and artefacts featuring semi-precious stones. Since 2002, the villa has also housed the Historical Museum of Hunting and the Territory, comprising curious iconographic testimonies, a hunting lodge of the Lorraine period, and a weapons collection, mainly the kinds used for hunting and shooting. In the triple-fornix porticoes and in the suggestive spaces beneath the Medici bridges are exhibited Roman and Mediaeval marbles, reminiscent of an antiquarium. 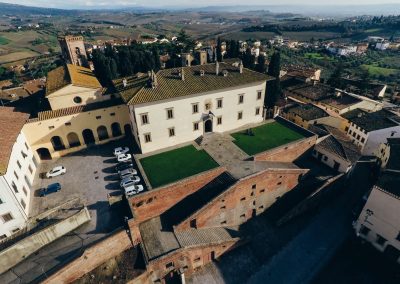 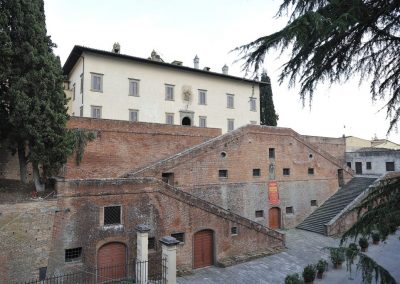 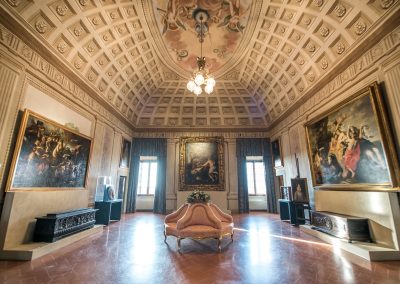 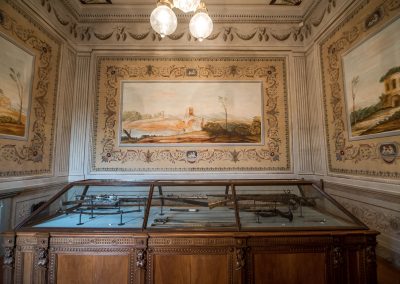 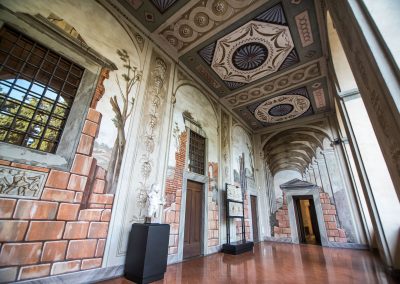 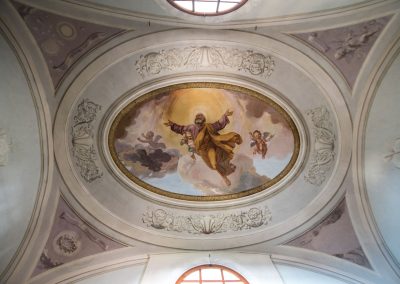 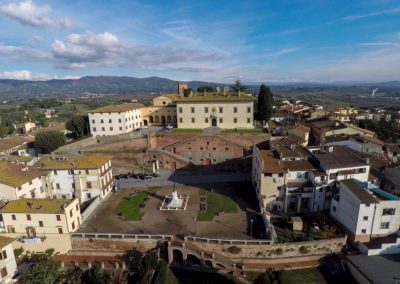 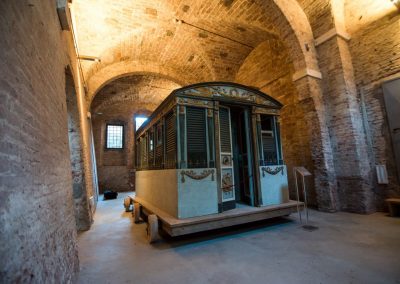 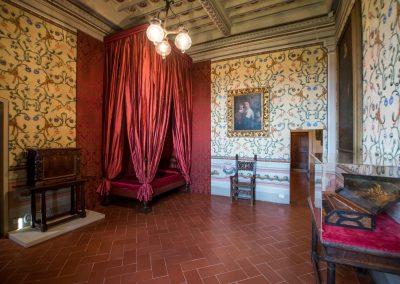 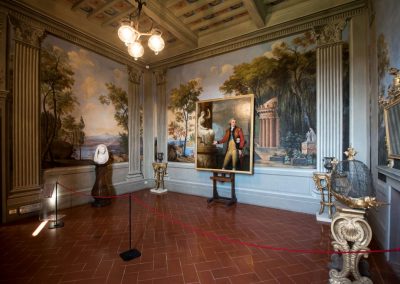 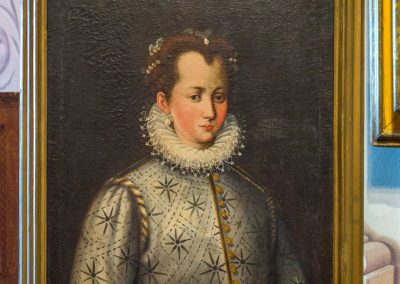 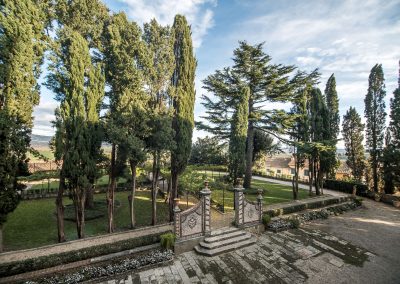