The Medici Villa of Artimino

The Medici Villa of Artimino

Facing the hills and vineyards of Montalbano, in a dominant position on a hill that had already accommodated a sacred area at the time of the Etruscans, the Medici Villa La Ferdinanda was built in 1596 by order of Grand Duke Ferdinando I de’ Medici, to a design by Bernardo Buontalenti.

“I have been today to Artimino and believe me, Your Highness, that I have found a Spring”, wrote the Grand Duke to his wife Cristina of Lorraine on the 19th of January 1596. The villa, born as a hunting lodge, was completed in just four years, and represented a link between the family’s various estates, a place dedicated to the Humanistic otium of arts and poetry. Ferdinando I de’ Medici, following the death of Francesco, renounced his cardinalate and sought to continue his brother’s politics: it is reported that he was friendly and helpful, inclined to favour sectors such as agriculture, art, and commerce. To him we owe some major works in addition to his commissioning of the “Villa of the Hundred Chimneys”, as La Ferdinanda is also called because of the numerous stacks that protrude from the top of the building and make it unique.
Not merely an artistic caprice of Buontalenti to bring some movement to the building’s austere architecture, the chimneys also had their raison d’être: heating. Like all the Medici, Ferdinando I suffered from gout and therefore needed a lot of heat. In the beginning, the Villa had no garden but Barco Reale was the Villa’s park, i.e. the large game reserve for hunting that belonged to the Medici family, which in 1626 was closed and surrounded by a wall 32 miles long of which some ruins and a gate are still visible today. Something singular is the architectural appearance of the building, with a military tone that gives it austerity and majesty, alleviated by more elegant elements such as the sinuous entrance stairway in pietra serena. Over the centuries, many illustrious names have passed between the walls of La Ferdinanda. For example, in 1608, Galileo Galilei was invited here by Ferdinando I to instruct Cosimo’s son “in Mathematics”. Also Leonardo da Vinci seems to have visited the property: and it is no coincidence if in the old kitchen of the Grand-ducal wine- cellars we can still admire the spit he designed. In the halls of the Villa, in the loggia, and in the delightful chapel, are well-preserved frescoes coeval to the structure, painted by Domenico Cresti known as “Passignano” and by Bernardino Poccetti.

Villa La Ferdinanda of Artimino is a private establishment. Periodically open days and events open to the public are organized.

At the moment there are no guided tours scheduled.

For group guided tours, you can also contact Coopculture for information and reservations:

According to Italian laws, it is mandatory to have the Green Certificate. 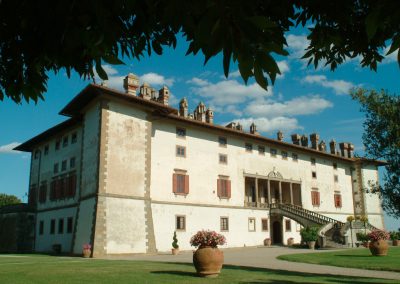 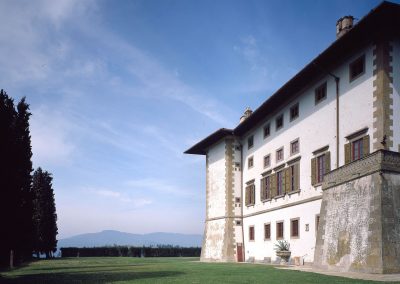 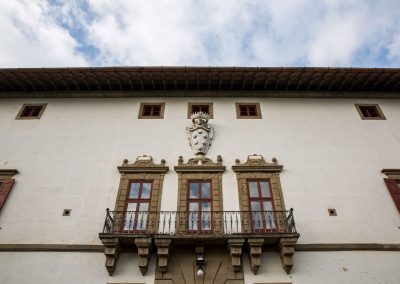 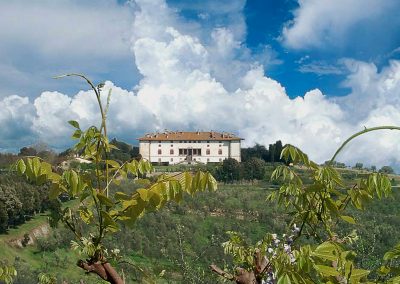 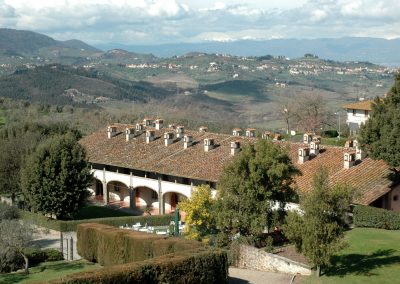 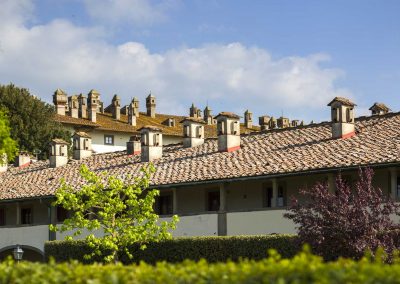 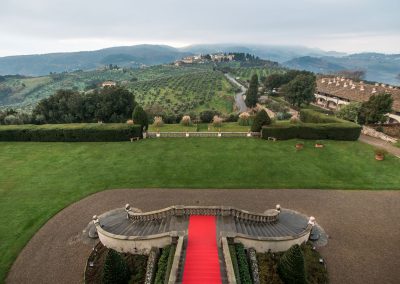 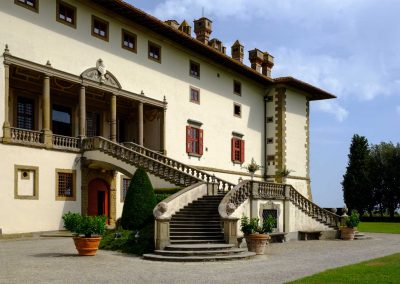 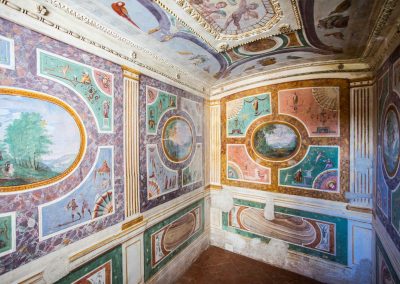 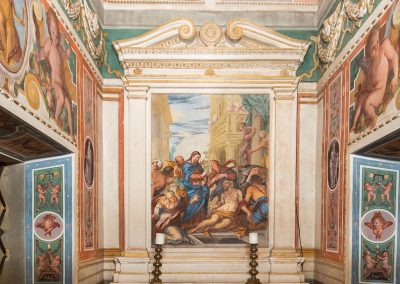 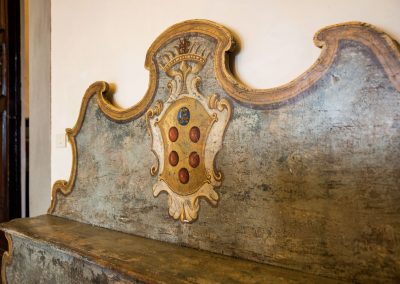 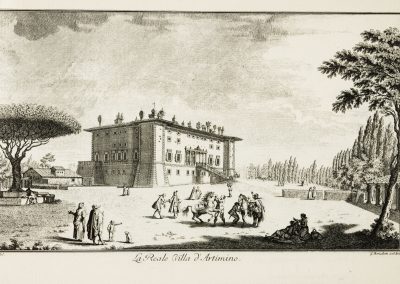 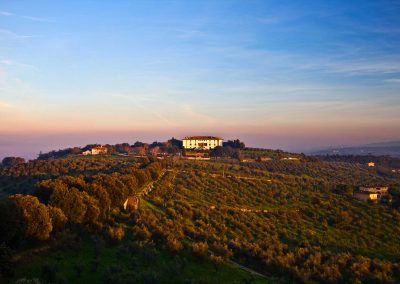 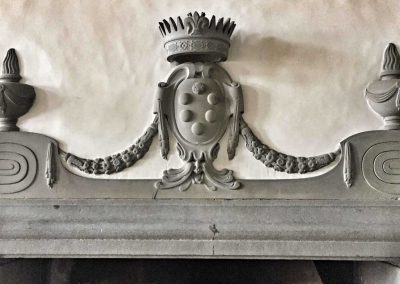 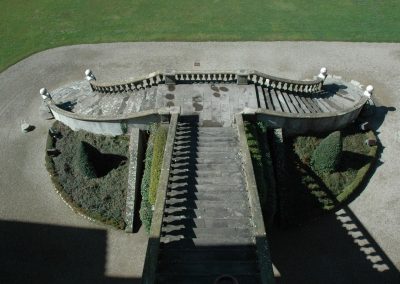